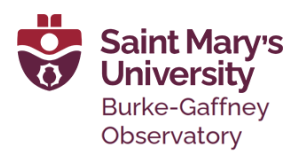 The new Observatory Technician and Director are hard at work to bring guests back to the Burke-Gaffney Observatory! The BGO has recently restarted private group tours and just this past weekend (May 20-22) we ran our first public open house since early 2020! With new tour guides and new volunteers, we welcomed 15 enthusiastic guests on a clear Friday night. We're excited to continue many more public open houses into the future! You can reserve tickets here on our website.

Coincident with this anniversary, a significant capital investment was made to the observatory's equipment - a new mount (see the image below) - the Planewave L600 - replaced the 50-year-old Ealing mount in December and was fully commissioned by early January. The new mount will significantly improve the overall performance of the observatory. This is because: 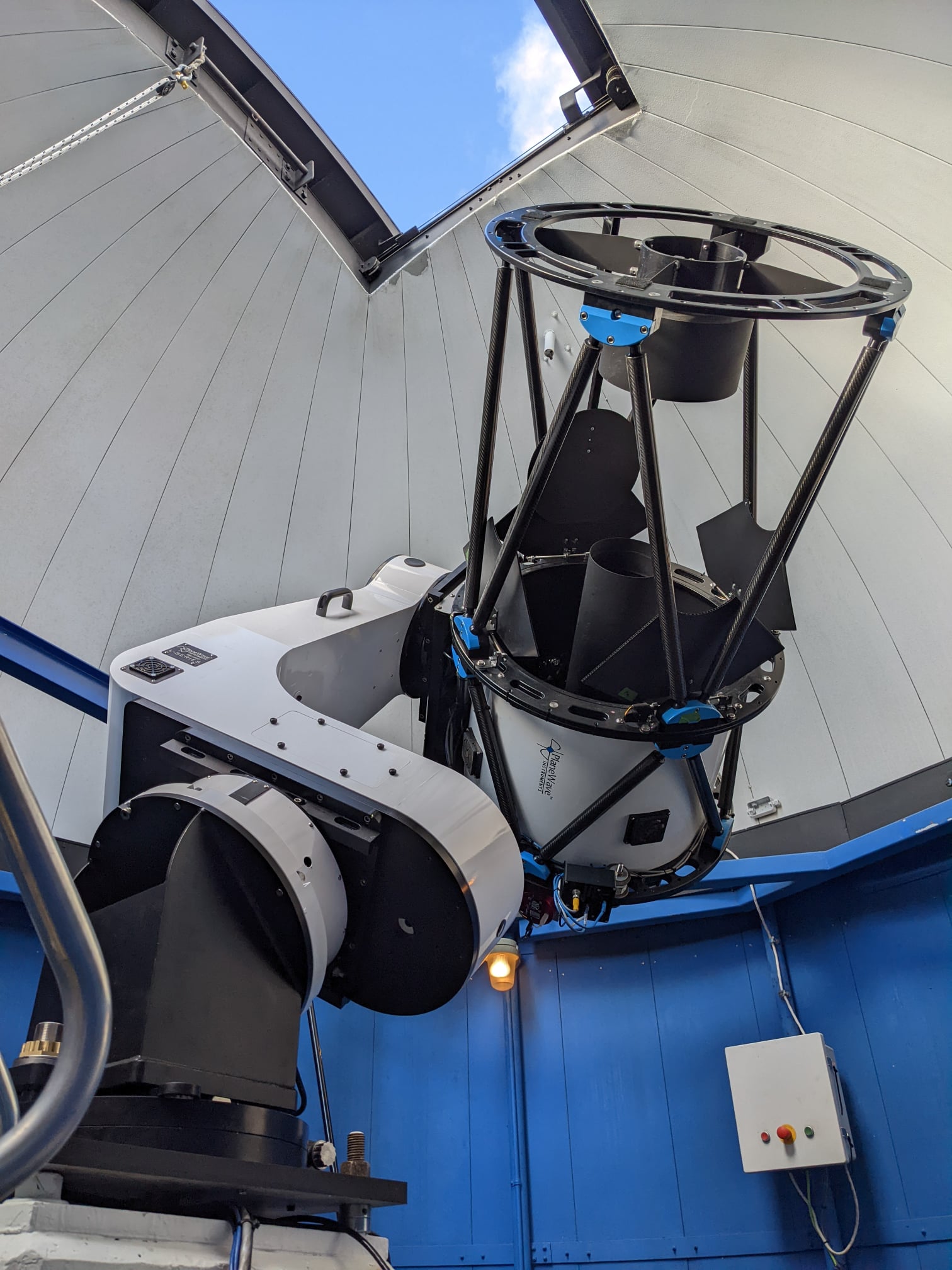 The university, as part of its COVID-19 virus response, has cancelled all university events on campus until further notice This means the observatory's public programs are suspended!

You can find current news and updates for the Robotic Telescope here.

BGO observer, Hal Heaton (@SonoranSkies) has been slowly building a gallery of BGO images on the Sky and Telescope website - Bravo! These images are picked by the magazine's editors. Hal is a retired scientist and system performance analyst at Johns Hopkins Advanced Phyics Lab based in Maryland. He has been a BGO observer for nearly two years.

Since the 2017 year is now over, I thought I'd summarize some highlights and statistics of a very busy and productive year at the BGO!

June 23, 2017: A poster-paper titled: A Robotic "Social Media" Controlled Observatory for Education and Research was displayed at the Robotic Telescopes, Student Research and Education Conference held in San Diego. A version of the poster reformatted for easy printing and reading is here.

March 8, 2017: A major new robotic telescope feature is released today: social media-based image processing. See the documentation for how to use it and watch this video tutorial.

Since the 2016 year is now over, I thought I'd summarize some highlights of what was the busiest and most exciting year in the observatory's 45 year history!

I am also pleased to report that the promised Facebook interface is now live for beta testing! This now means you can interact with it by public tweets, Twitter direct messages, email, and Facebook messaging!

Some highlights and statistics of the year:

Twitter tweets about us and takes notices what we are doing as part of their 10th anniversary. See this BLOG (March 21, 2016)

Quoted from the CBC News article:

The Burke-Gaffney Observatory (@smubgobs) at Saint Mary's University in Halifax takes space image requests from Twitter-users and tweets back pictures the next time there is a clear night.

"We couldn't find anything else like it," said Rory Capern, managing director of Twitter Canada, "We think it's a first in the world for an observatory to have a Twitter-controlled application and we think that's special."

"I think it's pretty cool. I suspect they found out about us because one of their employees in California stumbled upon our site a couple of weeks ago and he called it really cool so he must have shared it with his colleagues," said Lane.